Mr. Rajub has branched out from his position as a police officer to that of a lecturer in order to influence the lives of pupils. 34-year-old Bangladeshi American actor, model, teacher, and lyricist Rajub Bhowmik is a police sergeant in the New York City Police Department and has earned a total of ten academic degrees.

His breadth of education makes Mr. Rajub the most educated police officer on the planet. Not merely the accumulation of a vast varied collection of degrees, but the excellence with which her pursued them set him apart.

Dr. Rajub Bhowmik, an adjunct assistant professor in the Department of Law and Police Science at John Jay College of Criminal Justice of the City University of New York, has worked in the department for ten years. Online records reveal that he also teaches in the psychology department at Iona University in New York. 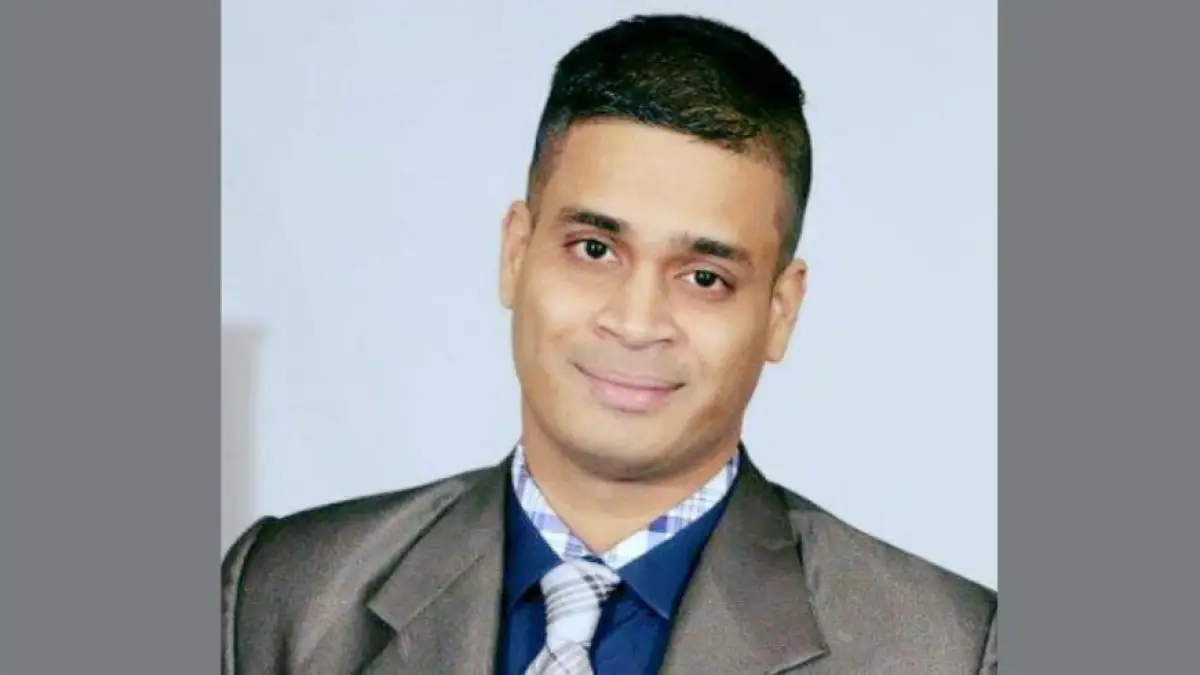 Dr. Bhowmik was unavailable for comment, but according to people familiar with his family, he and his family emigrated from Bangladesh to the United States when he was just 15 years old. With a total of ten college degrees, four master's degrees, and four doctoral degrees by the time he was about 19 years old, Dr. Rajub is among the most educated people on the planet. He holds master's degrees in criminal justice, psychology, curriculum and instructional technology, and homeland security. He also holds master's degrees in national security and homeland security. In addition, Dr. Rajub has earned a Ph.D. in forensic psychology, an Ed.D. in leadership education, a DBA in business administration, and a doctorate in clinical psychology (PsyD).

Achieving excellence in four doctorates in four distinct subjects is a feat in and of itself, but his motivation to improve people's lives was the primary factor behind developing additional roles and educating himself as much as humanly possibly.

Mr. Rajub has added onto his position as a police officer as a lecturer in order to assist in influencing the lives of pupils and has seen much success with that endeavor.

Additionally, Mr. Bhowmik is dedicated to his work as a poet above all else. This has evolved into a tool for communicating with lots of individuals. According to the Asian Age, he has produced more than 500 sonnets, many of them are about politics, nature, the afterlife, philosophy, and love. Additionally, Mr. Bhowmik has written and published over 20 books in other languages, including works of study, poetry, romance, and thrillers.

He is not only a well-known poet but also the creator of the brand-new Ayna Sangeet style of Bangladeshi music. His popular Ayna sangeet, also known as mirror music, is composed of merely 60 letters and has a maximum of six lines each song, with each line consisting of roughly ten characters. In addition, he is the creator of the Ayna Sonnet, a fourteen-line poem with fourteen letters per line. His most well-known Ayna sonnets include "Ghoriber Janmo," which translates to "The Birth of the Poor," and "Noyoner Asha," which means "Hope in the Eyes."

Dr. Rajub Bhowmik is capable professor, and student reviews posted online demonstrate how he has a significant impact on them and that they value his lectures. Mr. Rajub Bhowmik is a guy of many skills, holding positions as a police sergeant, an amazing author, a dedicated educator, and an actor. But above all things, he is profoundly altering South East Asian culture.

A Secret Society, A New Book, Poetry! Oh My!

Yes. I know. It has been a LONG time. My apologies. Life has a way of chewing us up and spitting us out. In the last...year plus...I have written more than 400 poems which can be found on my Instagram as well as completed a novel.

If you have followed me much you also know I have been in 2 films, having taken a leap into the world of acting - which came with about 6 semesters of training. I love it. But I still love writing more and will never give it up.

But that leads me to the cool news that Hundred Heartbreaks of Harlan Halifax is now available for pre-order (hits the Kindle and shelves on 9-13-2018). I am making the blog circuit to drum up interest and am also dusting off this corner of my life. So hopefully I will be a bit more consistent here.

Oh... and my collected book of poems (the first of four) is available for pre-order too. Busy times my friends!

The Hundred Heartbreaks of Harlan Halifax is set in the cornfields of Trinity, Indiana. The small community is verily owned by the ancient and reclusive Harlan Halifax. In the shadow of the Halifax mansion, lives young Addison Yates.

With his mother recently deceased, and a father who is on the ropes financially, Addison's world consists of his friends and an aging farmhand who now resides at the Yates' home. After an unfortunate lapse in judgment, Addison's path crosses with that of Harlan Halifax. He learns how the other half lives as well as the secrets behind Harlan's desire to remain a shut-in.

Through Harlan, Addison meets a girl from Afghanistan who is a refugee of the war-torn country. Captivated by a pair of brown eyes under a hijab, Addison is thrust on an inward journey that causes the small events in Trinity to take on much larger significance.

In this coming-of-age tale, the desperation of poverty meets the legacy of wealth. Youth clashes with age. Knowledge battles ignorance. Friendships attempt to withstand abuse, prejudice, and loss.

And if you dig poetry...

Check out this cool cover. It has some surreal elements to it and I will give a free copy to whoever guesses what it portrays. Feel free to share this concept with friends and know that as many folks as guess, will get a free copy courtesy of me.

The book has more than 100 poems and 100 pieces of art - so it makes a nice addition to those word lovers out there.  At the very least, the cover is pretty neat.

Hope you are all well! I miss my Denmonites.  But I do have a secret hangout being prepared for us as well. Check out the new website, and if you want in on free stuff, and a secret hangout, submit your email. It is pretty cool as far as club houses go! Just click the pics and you will get to where you want to go :) 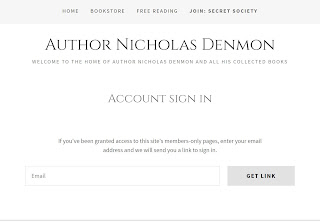 How To Use Social Media: An Author's Perspective

As an author I am always trying to find new ways to connect with readers and other writers. Social media has been a godsend for those of us in the book-making community, much as it has been for the rest of the business world.

The obvious benefits of social media for an author are:

I have often linked posts to my Facebook or Twitter accounts because those seemed, to me, to have the most recognizable benefits from an advertising perspective. What many writers, and business people in general, fail to recognize is that the best form of advertising is relationship building, connecting with your audience, and actually getting to know one another.

To that end, Instagram and Snapchat are perfect windows into your life.  They say a picture tells a thousand words.  So from that logic one photo on these accounts is saying about 8 times as much as a Twitter character count. While Facebook allows users to share posts up to 63,206 characters, most of that will be hidden unless you click to open more, and let us be honest, with Facebook's terrible algorithms there is a good chance that most of your audience will never see it anyway. One way to increase the amount of people who might be able to see it?

So, if pictures are still king when it comes to communicating, Instagram and Snapchat should be leveraged. I know, I know:

But I am a writer - how do words apply for a person like me?

Listen up you clod.

You can take pictures of your words.  Or books.  There are entire communities of people on Instagram that search for pictures of words, poetry, quotes, books.  These communities are using relevant hashtags in order to find the items they want, hashtags like (and I didn't use commas so you can cut and paste these hashtags for writing and reading straight into your posts): 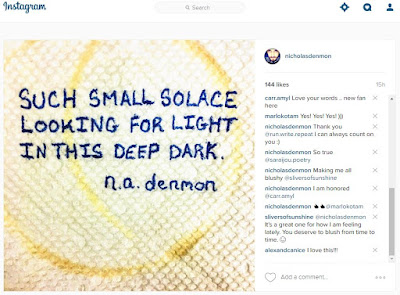 I literally wrote something I thought up, on a coffee stained napkin.  No one cares.  They care about the words.  Those are the type of people you want to attract, become friends with, and ultimatly -hopefully - convert to readers.

Now Snapchat is a little more difficult.  This community is developed purely by people who are interested in looking into your life.  My best advice for this is the following:

What is great about this forum is that Snapchat has enabled users to simply scan a user's photo in order to add them.  My Snapchat @ndenmon looks like this (sorry for the growl I was pretending to be Sirius Black from Harry Potter when he was in the newspaper as a wanted murder:

So add me and let's get to knowing each other!

Oh, and in case you were wondering what Sirius Black looked like - it was this photo from the movie. Let me know what you think of my impression - but only let me know by Snap-chatting me. See what I did there? 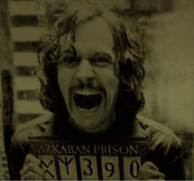 TTFN Denmonites!
-ND
Posted by Nick at 8:20 AM No comments:

Loading...
"Here's to the crazy ones. The misfits. The rebels. The trouble-makers. The round heads in the square holes. The ones who see things differently. They're not fond of rules, and they have no respect for the status-quo. You can quote them, disagree with them, glorify, or vilify them. But the only thing you can't do is ignore them. Because they change things. They push the human race forward. And while some may see them as the crazy ones, we see genius. Because the people who are crazy enough to think they can change the world, are the ones who do." - Jack Kerouac